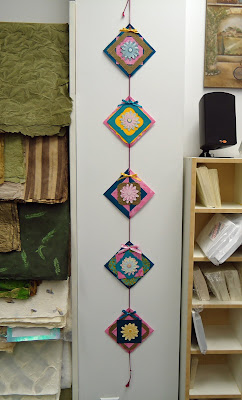 Here we are again! It's Week 6 of the Sizzix Triple Play Blog Hop!! I am sure you all share in my amazement that 6 weeks has flittered by so quickly. This week features a pretty spectacular die by Brenda Pinnick. Brenda, ever so generous sent over a whole mess of pieces for this project cut from paper, HER fabric, felt and this really awesome material that is really similar to burlap but with a cooler texture. I LOVE TEXTURE! I chose to stick with the material and save the paper til later. Here's what I got in my goody bag... 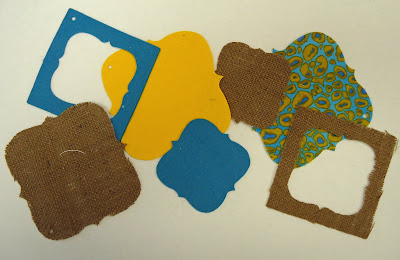 What was really interesting was that if you go to the Sizzix site you will see that this is intended to be an album. However, since Brenda send the positives and negatives for this die and there was so much of it, I decided to do some layering and make a cool wall hanging for my studio.
The products you will need from Sizzix to use Brenda's die are:
Sizzix Bigz XL Die #656053 - Album, Brackets
Sizzix Big Shot Pro
Sizzix Accessory - Cutting Pad, Extended, 1 Pair
Paper, Mat Board or Fabric of your choosing
I have to share something right now. I think if there was going to be a secondary title for this Blog Post it would be....Confessions of a Sizzaholic! Yes, folks, I am officially hooked on these products and I've gone and bought the farm!
In creating this project, I chose to incorporate some other Sizzix dies to create the wall hanging. Now I know there are just some squares, but it was so much easier to cut them with the Sizzix dies...and, of course, the gigantic Westminster Edition of the Big Shot Pro. This is one sick machine, I tell ya! Isn't it a beauty?!? 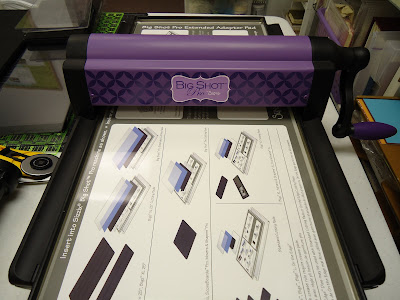 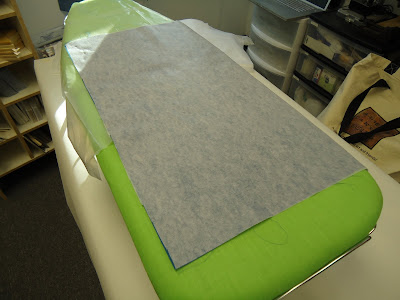 Once the stabilizer was attached, I ran the fabric through the machine and made my squares. Like this: 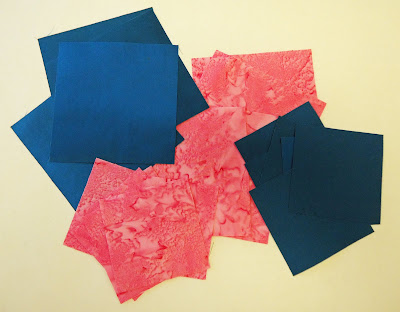 Next, I layered my fabric squares along with the pieces from Brenda's kit. I wanted each square to be different and just played until I found something that I liked. Like this: 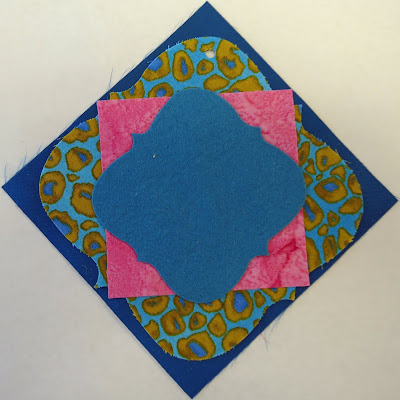 Once I had 5 squared laid out the way I wanted them. I used the Steam-a-seam 2 between the layers and ironed them together so that they were adhered together.
Next, I laid the assembled squares out in an order that I liked.

One hole is already punched for you with this die, but I needed some extra holes to run my cord through. I punched an extra hole at the top and another at the bottom with my Japanese Screw Punch. 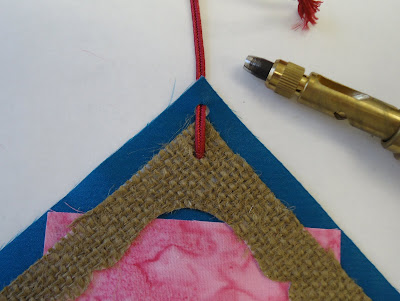 I ran my cord through, running it so that is mostly ran across the back of the square. I am not much for measuring (is that bad?). I am more of an "eye-baller", which is what I did to space these out appropriately.

I tied some little bows and with my hot glue gun, I glued them so that they sat just at the top of the square just covering the bottom hole. This served a couple of purposes. First, it kind of hid the hole. Second, because the glue covered part of the cord, it helped keep the square in place. For good measure, I flipped the squares over and ran a line of hot glue under the cording in the back as well.
I tied a knot in both ends of the cord so that it wouldn't unravel and a simple loop in the top. While I loved the color scheme and the texture of the fabrics, it needed a little something more, so I took some card stock in shades that complimented the colors I was already using and began to cut some flowers with my Big Shot. I cut so many flowers, I'm set for spring!
I then took half my stash and glued and glittered them up just because...honestly...who couldn't use a little sparkle? I assembled the flowers with double stick adhesive, but I glued the bottom layer to the fabric squares with hot glue.
Here are close ups of the squares. I really hope you enjoy! 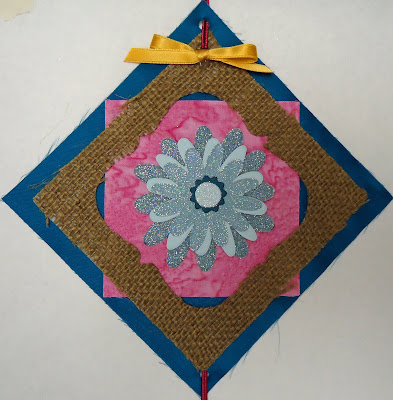 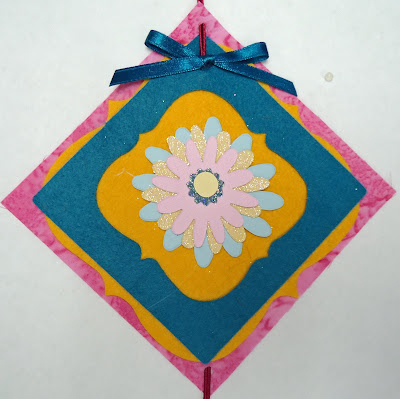 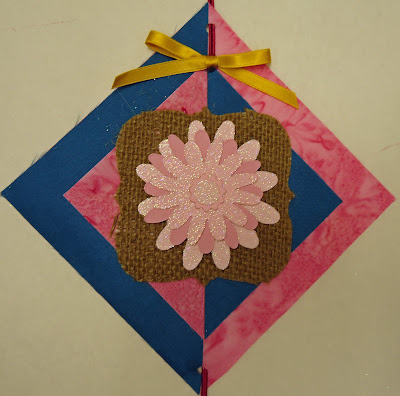 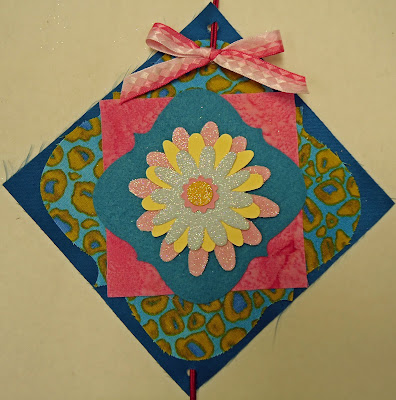 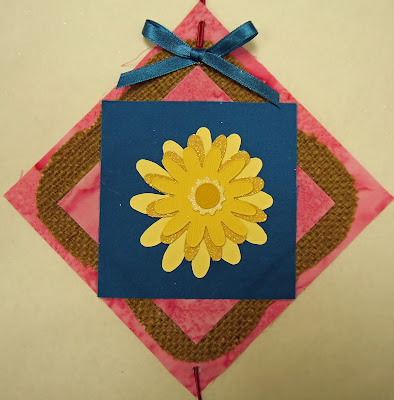 That's it for this week. It's almost sad...because this means that there is only ONE week left to this blog hop. I am really grateful for this opportunity. It's been a blast!
Gotta hop.....
Theresa
Posted by TheresaCifali at 11:30 AM 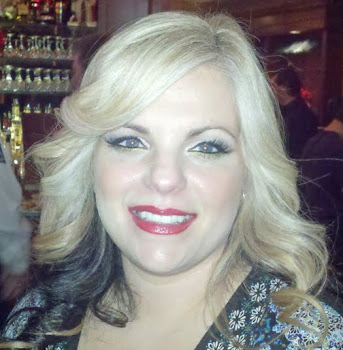